Music and The Big Strum Theory

An introduction to the Meta-Musical Field, the fundamental fiber of the universe

Check out the review in NoHo Arts Distric 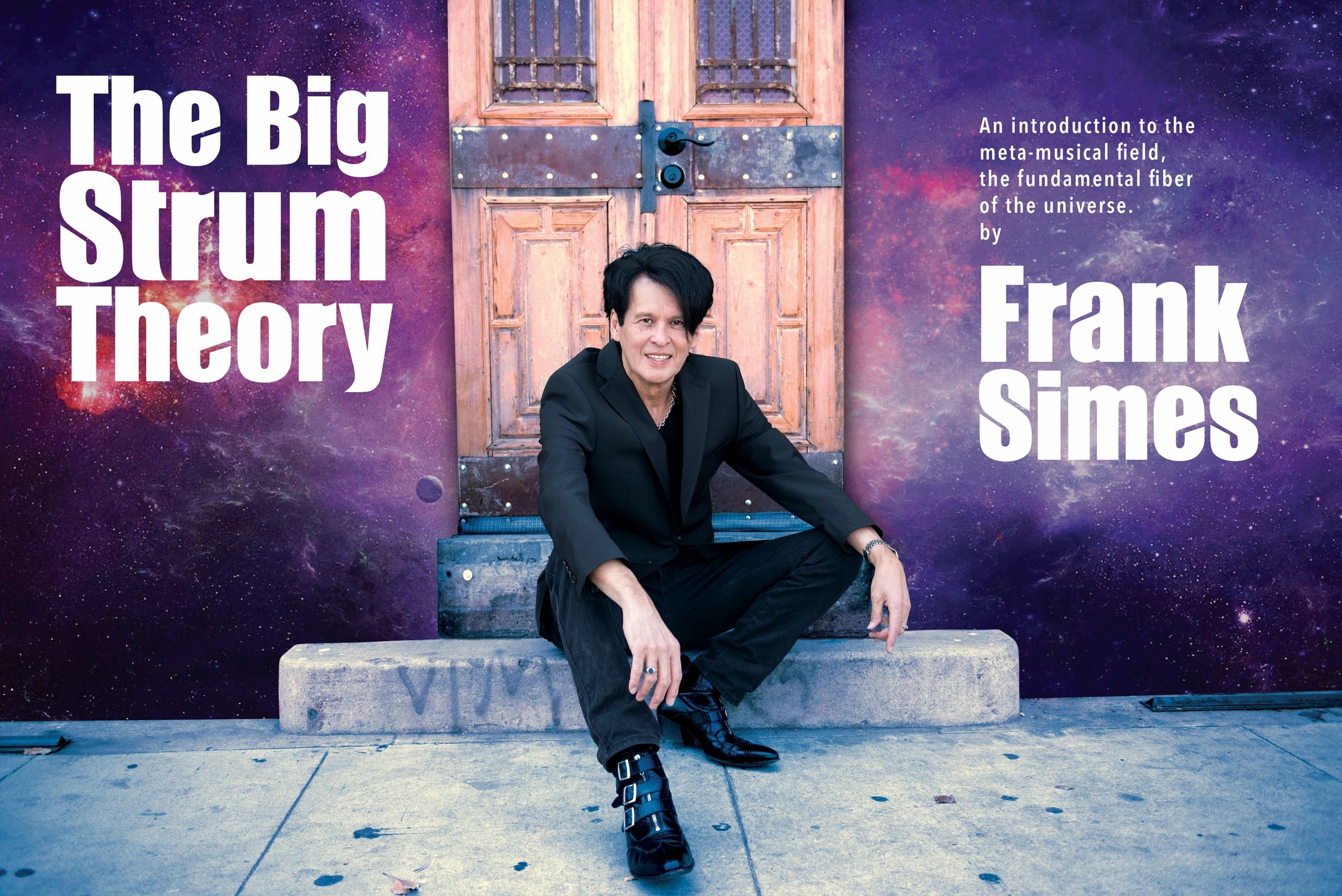 Welcome to a universe of music!

Frank presents The Big Strum Theory, an introduction to the Meta-Musical Field, the fundamental fiber of the universe, which redefines spirituality and enlightenment through music and science.

Check out the trailer

A fresh take on the meaning of life through the portal of music, Frank Simes talks about his Meta-Musical Field Theory, and music being the fundamental fiber of the universe.

Based on astrophysics, cosmology, and neuroscience, Frank’s theory redefines spirituality in a way that is neither supernatural nor doctrinaire, but rather a fresh take on the meaning of life through the portal of music. Transforming one’s ability to interact with the world, music is a means of salvation in the darkest hour, and the easiest path to enlightenment.  Music is the least expensive, most accessible, and universally available means to inspire positive thinking. More significant than a mode of entertainment or relaxation, Frank Simes shows, through various fields of science as well as his personal experience, that music is not only a universal language but the interface of communication in a creative universe.

Frank Simes is a Grammy nominated, platinum record awarded musician, composer, and record producer.  Frank is the musical director for The Who and Roger Daltrey, and has also recorded and performed with Mick Jagger, Don Henley, and Stevie Nicks.  Frank toured with The Who as the musical director for the world tours of Tommy, Quadrophenia, and The Who Hits! 50.  He performed on Roger Daltrey’s Moonlighting album, The Who’s documentary An Amazing Journey, Quadrophenia Live in London DVD, Tommy Live at the Royal Albert Hall DVD, and the Showtime presentation, The Who Live at Hyde Park.  Frank has composed over 1,500 pieces of music for film, TV, and commercials. Simes has also composed original guitar and piano pieces, some of which were recorded by the London Philharmonic Orchestra.  Frank composed the music for Hollywoodn’t, a one-woman show, written and performed by his creative partner, Lisa Verlo, with whom he has also co- written a musical entitled The Door.  Frank is currently working on a documentary and a book about music and enlightenment.

and performed The Big Strum Theory at the Whitefire Theatre April 21, 2019.

Would you like to see Frank and cause a musical fluctuation event near you?

Please pass along some info to colleges, theatres, festivals, or other wonderful venues or events near you.

Sign up to hear about upcoming shows on music and enlightenment, and remember to play music!